About Women In Insurance

The Association for Women In Insurance (Qld) Inc is a not-for-profit organization which was formed to enhance the position of women in the insurance industry through personal and professional development courses, seminars and activities. With an ever growing membership of male and female industry professionals, the Association continues to work to: 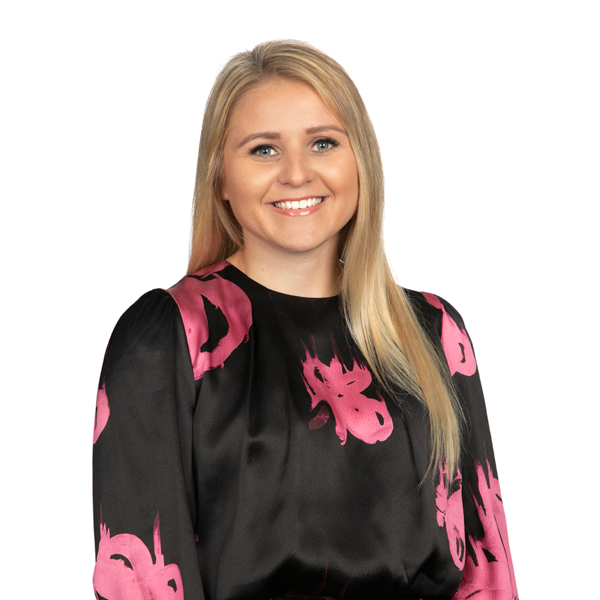 Stephanie HuestisPresident
Steph joined the committee in 2016 and is a Senior Associate in the property and injury liability team at Carter Newell Lawyers. She has extensive experience in the areas of public liability, property damage and compulsory third party claims, having worked exclusively for major insurers and self-insurers (both Australian and international) since admission. Steph provides advice on policy coverage, liability issues, dual insurance, contractual indemnities and quantum and has been involved in a large number of trials/inquests in the Queensland Supreme and District Courts and the Coroners Court of Queensland. Steph has a particular interest in catastrophic claims along with the evolution of social media and its use in litigation 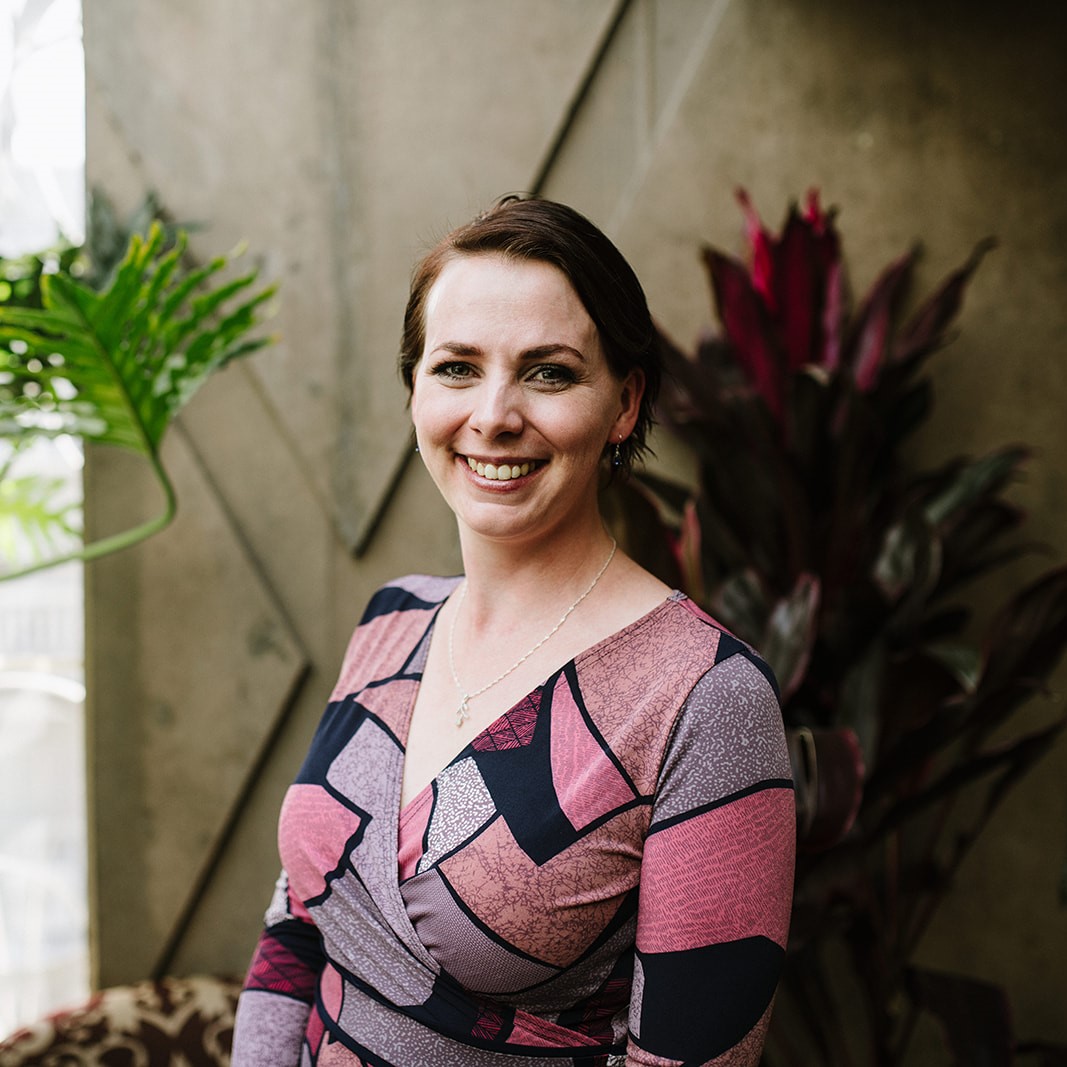 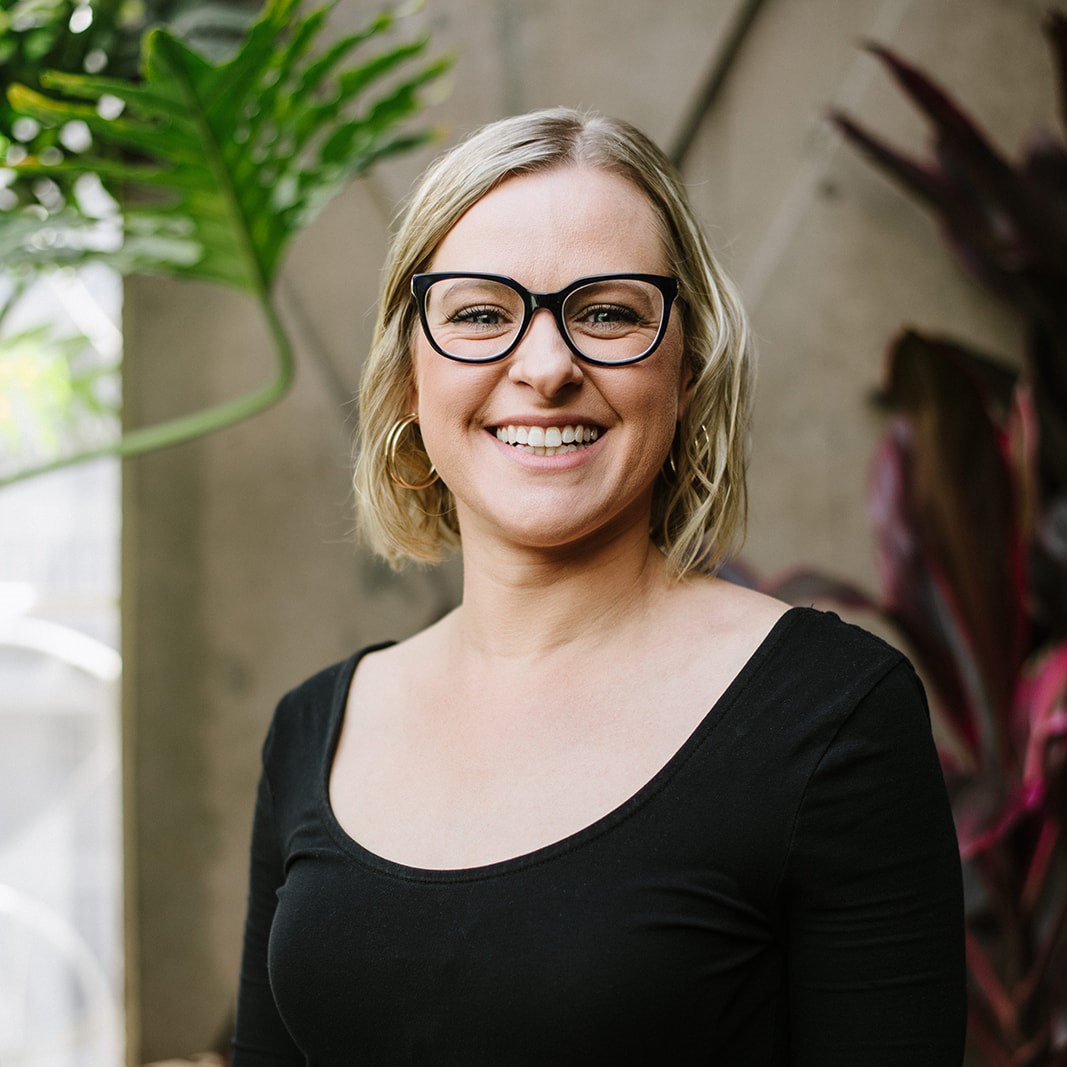 Angela RoweTreasurer
Angela is an Account Director with Bluebook Insurance Brokers. She joined Bluebook Insurance Brokers after 13 years experience with major international insurers. Ange specialises in Corporate Broking for various industry sectors with a focus on Property and Liability. Believing the insurance landscape can be shaped to better help the client, Ange has a passion for insurance broking and aims to be a great broker for her clients, while educating them through the process. Taking on the role of Treasurer has given her a fresh challenge, and an opportunity to expand her skills. 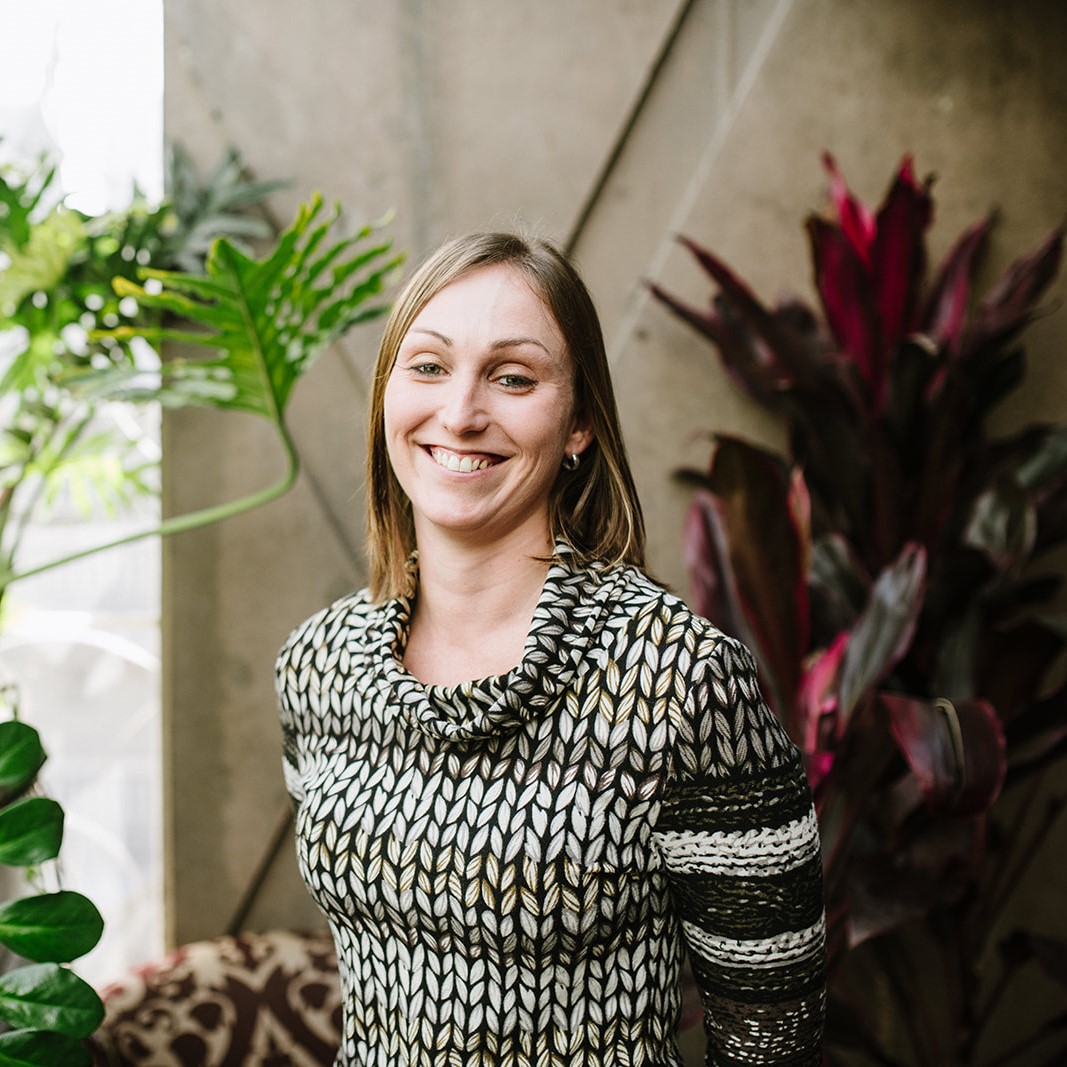 Stephanie FoxTreasurer
Stephanie is a second generation Insurance Broker for Gallagher Insurance Brokers. With over ten years’ experience in the insurance industry and as a broking specialist, she prides herself in making sure her client’s understand the insurance risks associated with various industries. She specialises in risk management of large companies and assisting clients in navigating the insurance market and legislative requirements. Stephanie has a underpinning passion for mentoring and developing skills of up and coming brokers. She has recently won the Young Eagle Program with Allianz as part of the Queensland team. 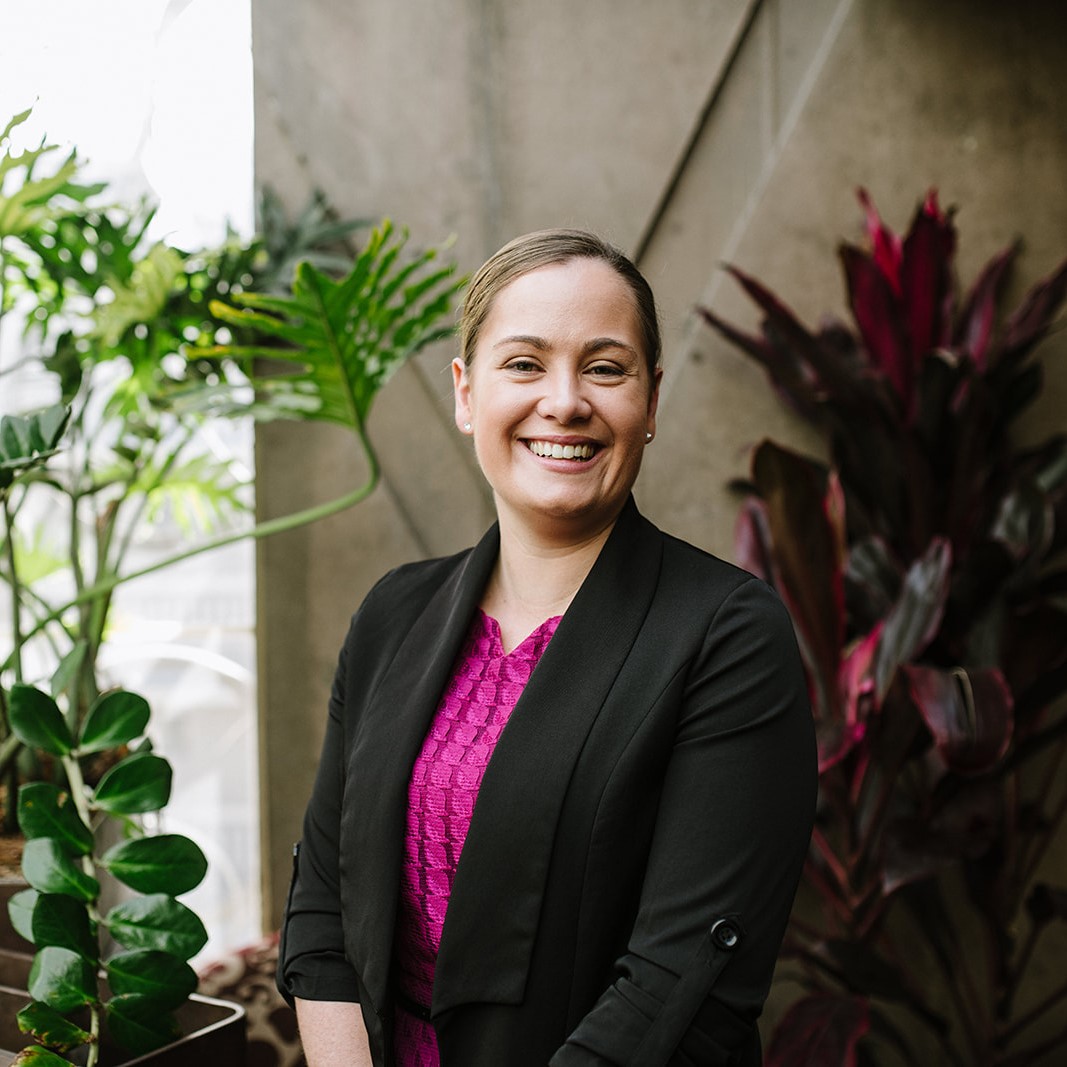 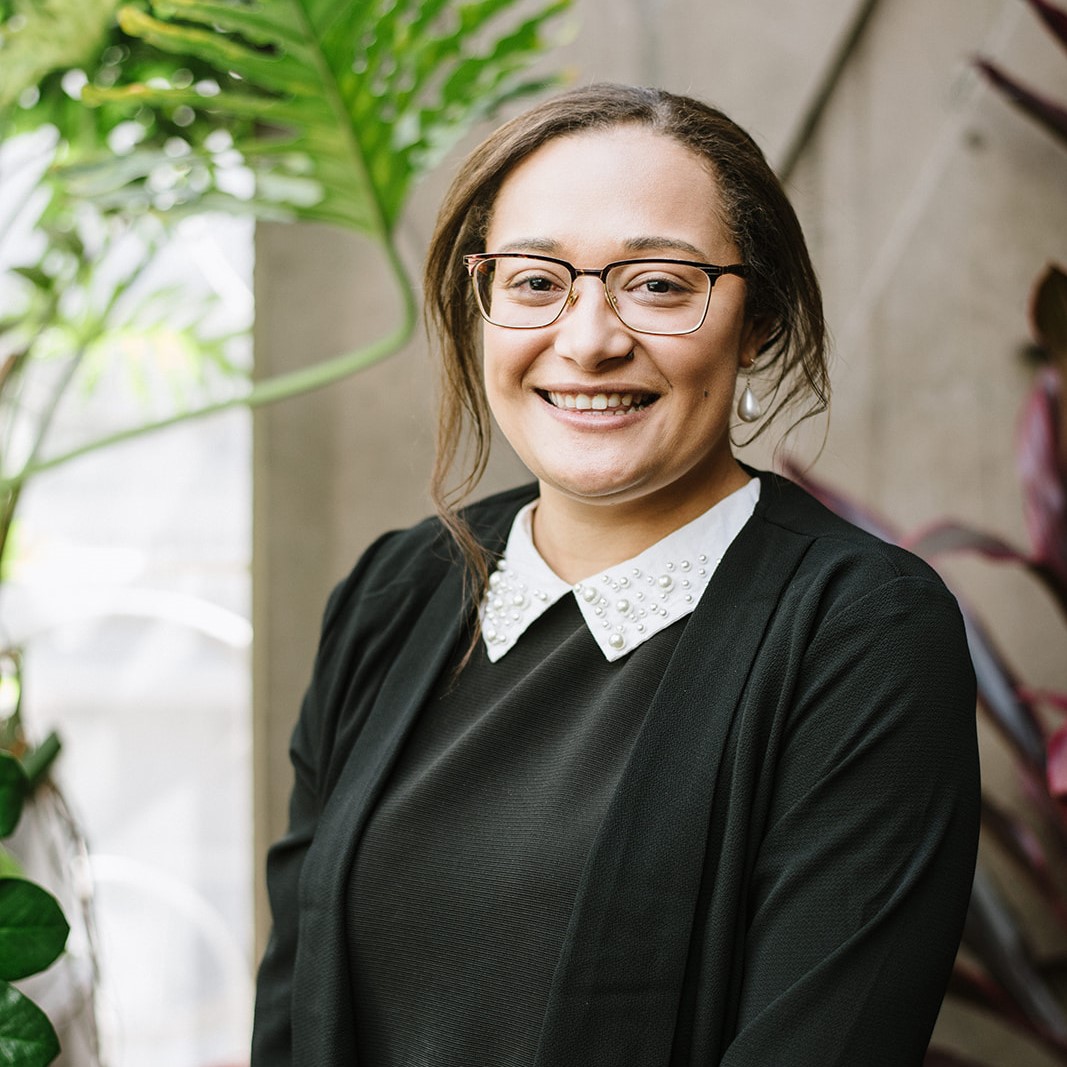 Danielle DavisSecretary
Danielle is a solicitor in the General Insurance team at Hall & Wilcox. Danielle practices in general insurance and commercial litigation with a particular focus on professional indemnity and public liability claims. She also practices in employment practice liability insurance litigation in areas such as defamation, discrimination and adverse action. Danielle’s work involves providing assistance and advice to a range of insurers and organisations in respect of policy coverage, liability exposure, quantum calculations and settlement strategy.
Danielle is an Indigenous Australian, a proud Kabi Kabi woman, with a passion for insurance and equality, also sitting on Hall & Wilcox’s diversity and inclusion committee. Danielle is involved in Hall & Wilcox’s pro bono and community involvement program including volunteering with mentoring programs for high school students and volunteering with pro bono clinics assisting vulnerable people with disability and self-represented litigants. 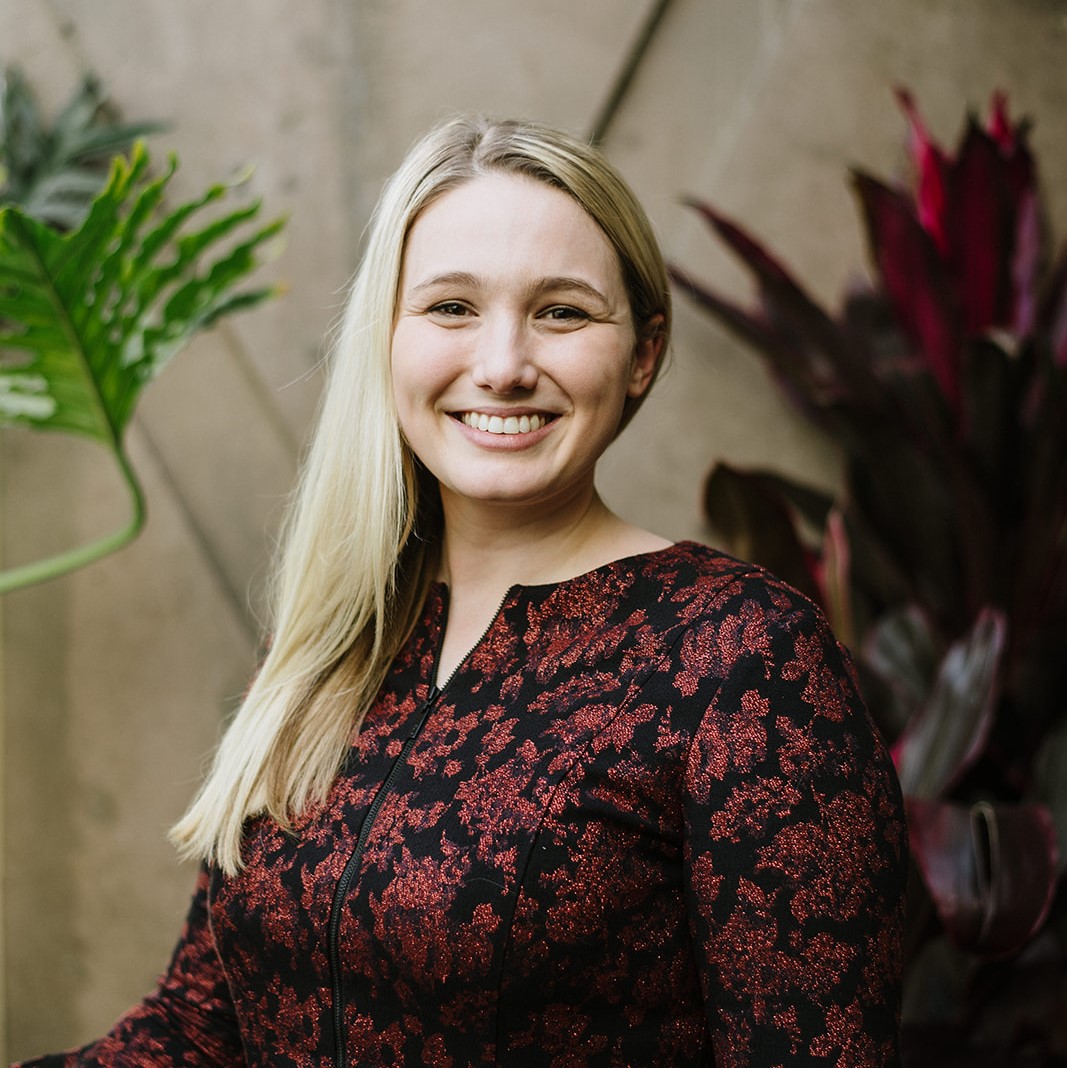 Katrina MawerSocial Media Coordinator
Katrina is a Solicitor in the Insurance & Health team at Barry.Nilsson Lawyers. Katrina has specialised in insurance law since her admission and manages all facets of claims from dispute resolution processes to complex litigation. Katrina presently practises in public liability and health law, while drawing from a strong background in CTP insurance. Katrina holds a Bachelor of Laws, Bachelor of Journalism (Distinction), Graduate Diploma of Legal Practice and is currently undertaking her Master of Laws at the Queensland University of Technology. Katrina holds extensive volunteering experience at community legal centres including Caxton Legal, LawRight and Encircle. Katrina presently provides pro-bono legal advice for the Nundah Community Legal Centre. She has acted as Media Advisor and Management Committee Member for the Women Lawyers Association of Queensland (WLAQ) since 2016 and is a former Committee Member for the Queensland Young Lawyers. Katrina joined the Women In Insurance executive committee in 2018 and is keen to further the interests of women in the insurance industry. 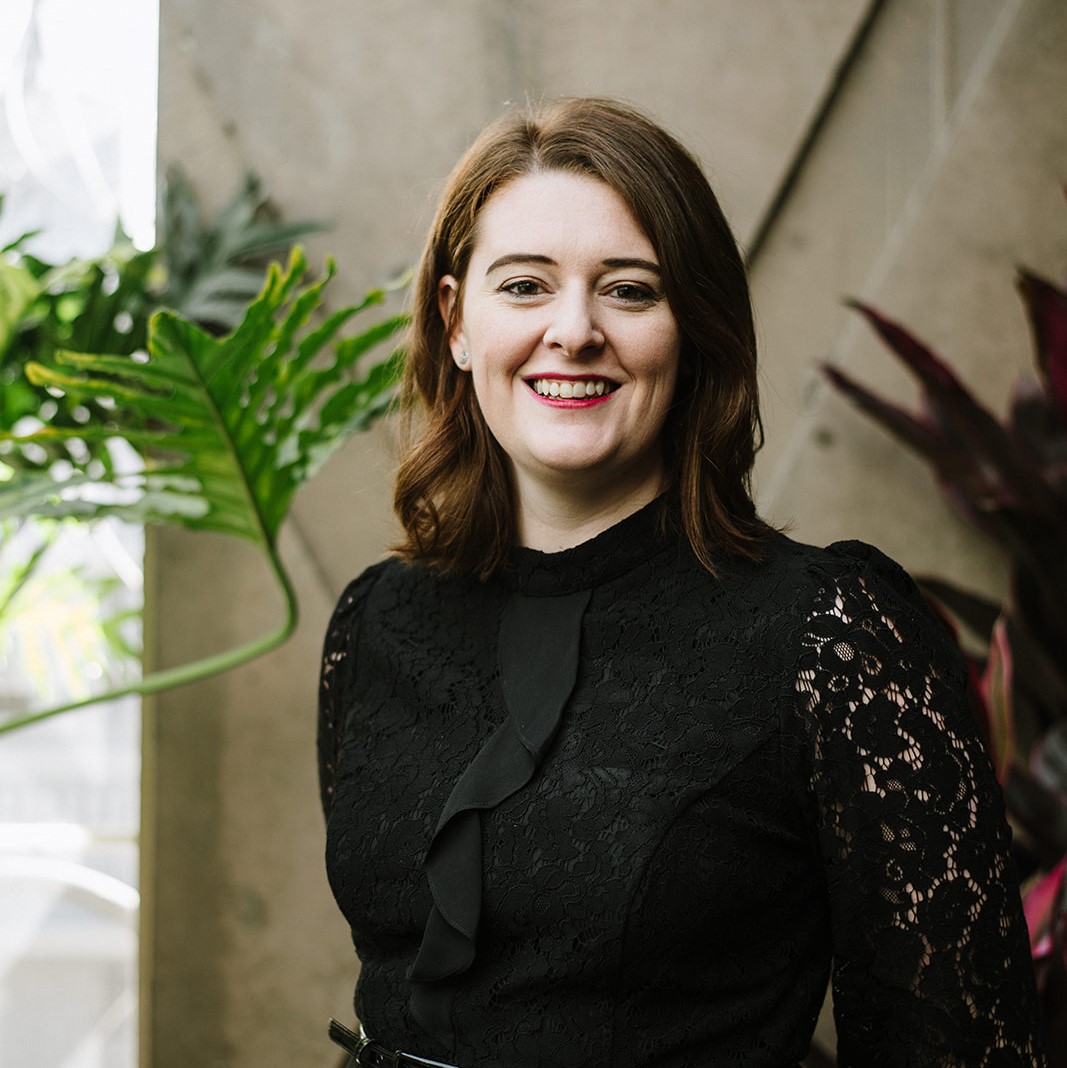 Laura GallagherSponsorship Coordinator
Laura is a solicitor at Lander & Rogers and has been practicing in insurance litigation, for both plaintiffs and defendants since 2012. She acts for Australian and overseas insurers on a range of personal injuries litigation, property, professional indemnity and public liability matters. Prior to joining Lander & Rogers, Laura was an integral part of a team with one of WorkCover Queensland’s panel firms, advising on common law and statutory claims. She is also experienced in the public liability space with a particular focus on the obligations of principal contractors in workplace incidents, labour hire arrangements, and the contractual and insurance issues arising from those industries. Laura joined the executive committee in 2018 and is excited to work with its members to improve and advance opportunities for women in insurance. 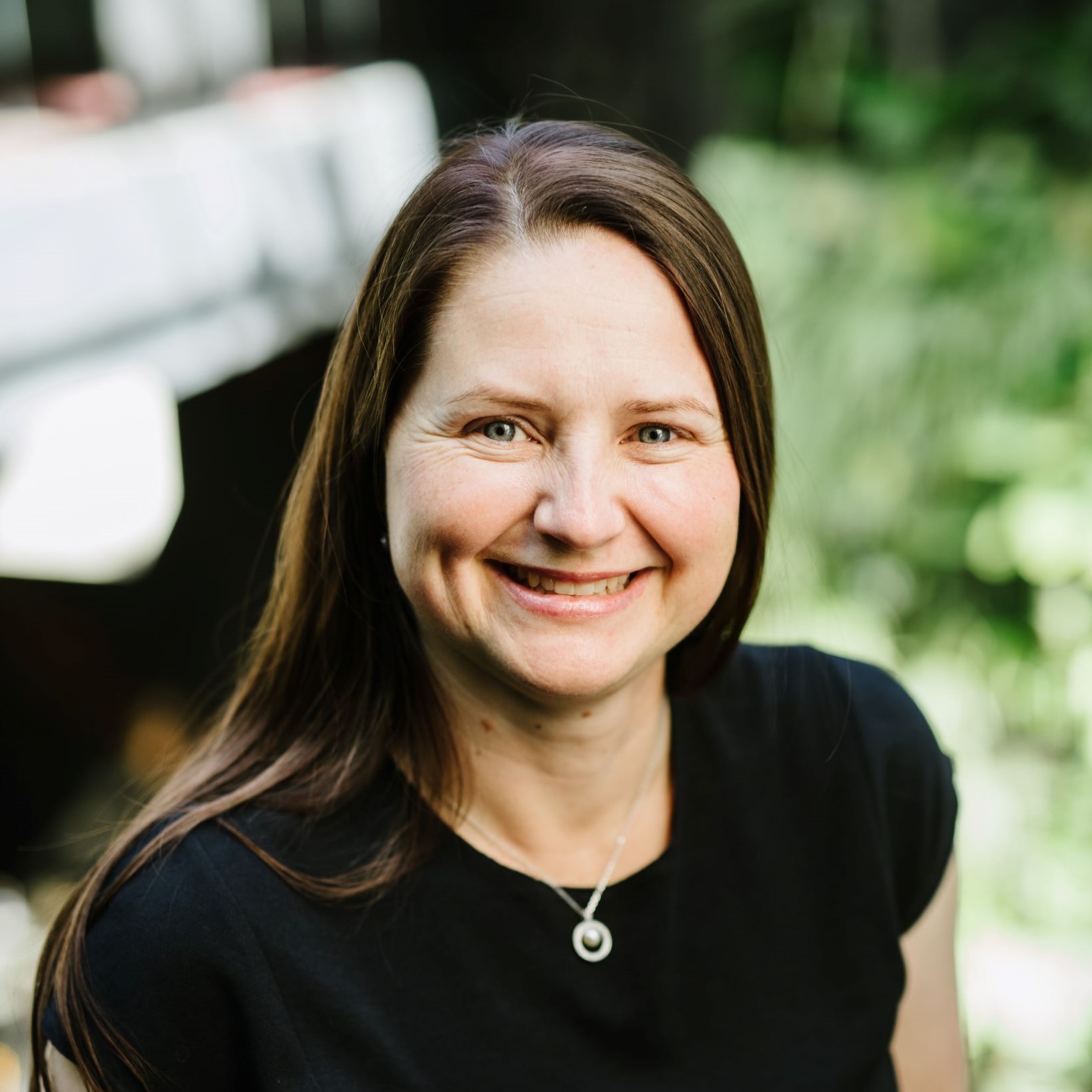 Louise HazeltonCommittee Member
Louise Hazelton is a Senior Associate at Norton Rose Fulbright Australia based in the Brisbane office. She works across QLD and NSW jurisdictions primarily in defence of medical negligence claims for private insurers and NSW Health. Louise also appears for doctors at inquests and assists with HCCC and other complaints. Louise has worked as an insurance lawyer for 12 years and also has experience in defence of public liability and workplace claims. 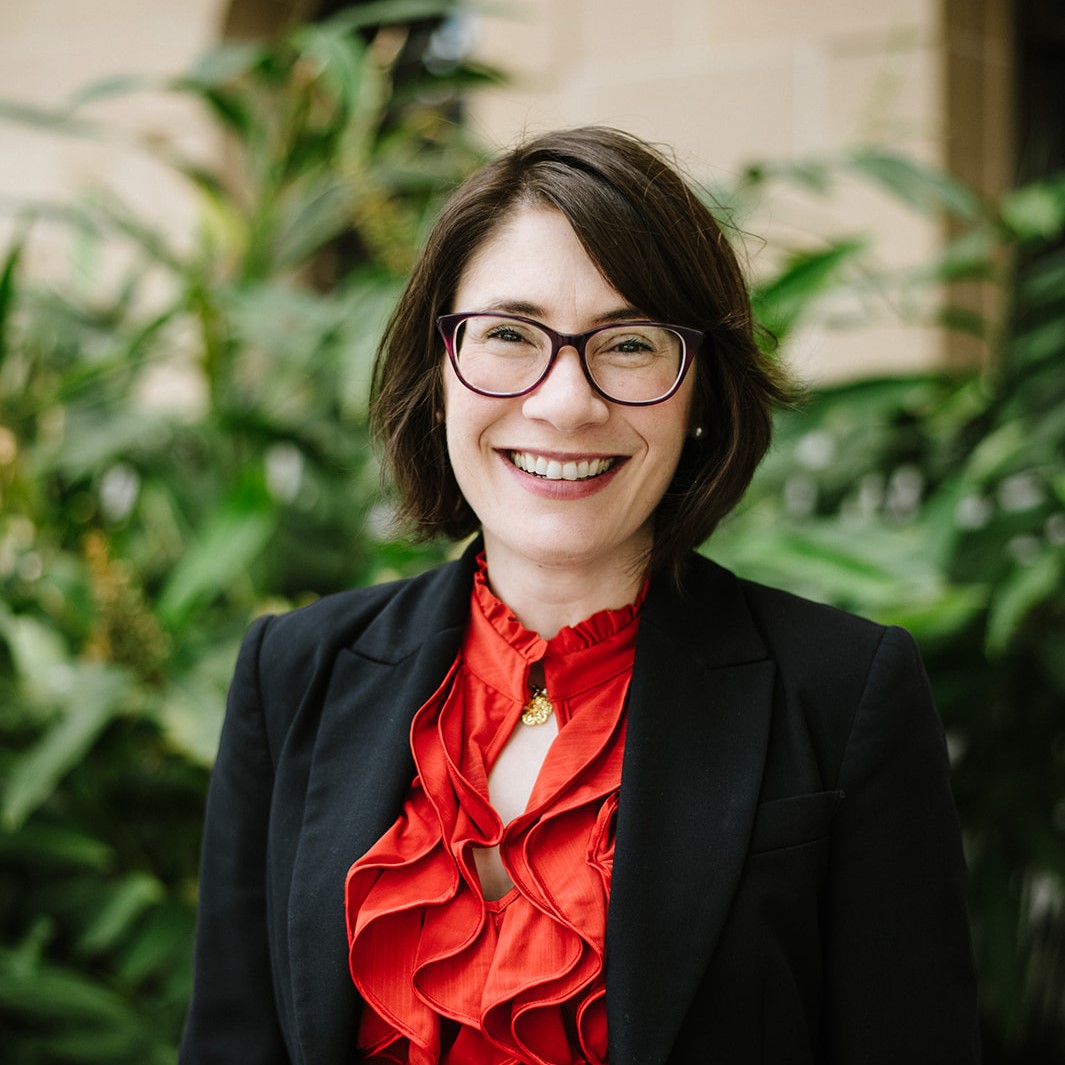 Kristi RiedelCommittee Member
Kristi has a broad commercial and civil practice. She has appeared both led and unled in in a range of trials, applications (including for urgent injunctive relief), coronial inquests and interlocutory hearings in both state (Queensland and New South Wales) and federal jurisdictions. She has also appeared at settlement conferences and mediations involving both smaller and large multi-party matters.

She has a particular interest, and experience, in all facets of insurance law, an area she practised in extensively as a solicitor prior to commencing at the Bar. She also has experience in the areas of insolvency, planning and environment law, defamation and administrative review.

Kristi was admitted as a solicitor in 2009, and was a Senior Associate within HWL Ebsworth’s insurance team prior to commencing practise as a barrister. 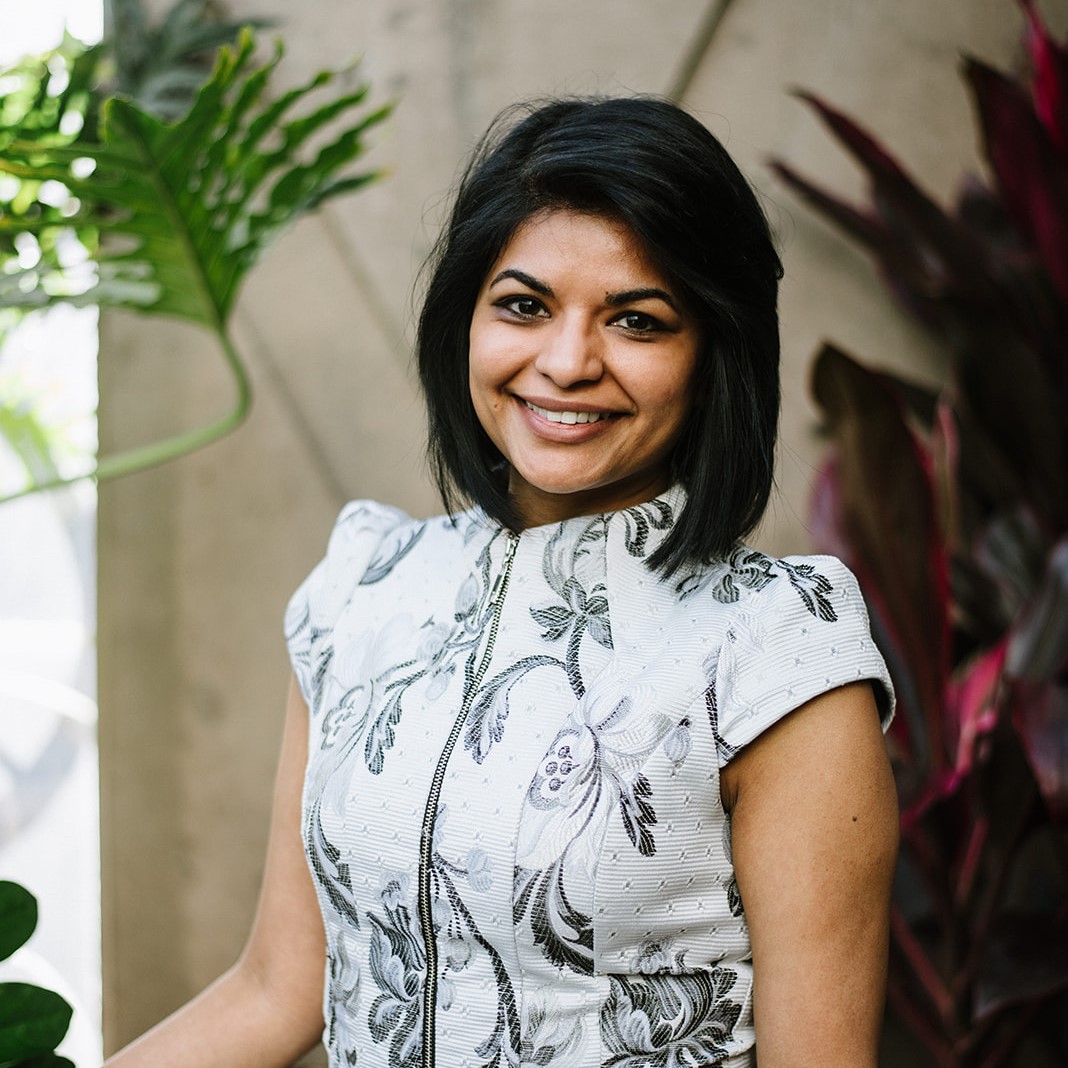 Deepti DeviaCommittee Member
Deepti is a defendant insurance lawyer and is a Claims Advisor at Suncorp within the Personal Injury Liability team. She has acted for Australian and overseas insurers on a range of life insurance, personal injuries litigation, workers’ compensation, professional indemnity and public liability matters. Deepti currently works across QLD, NSW, VIC and WA jurisdictions in defence of personal injury claims.
Prior to joining Suncorp, Deepti was a lawyer at TurksLegal specialising in life insurance where she acted on behalf of life insurers and superannuation trustees across a wide range of disputes in relation to claims on individual and group risk products including death, disability and income protection across various jurisdictions in Queensland.
Deepti joined the committee in 2018 and is excited to work with its members to advocate for other women in insurance. 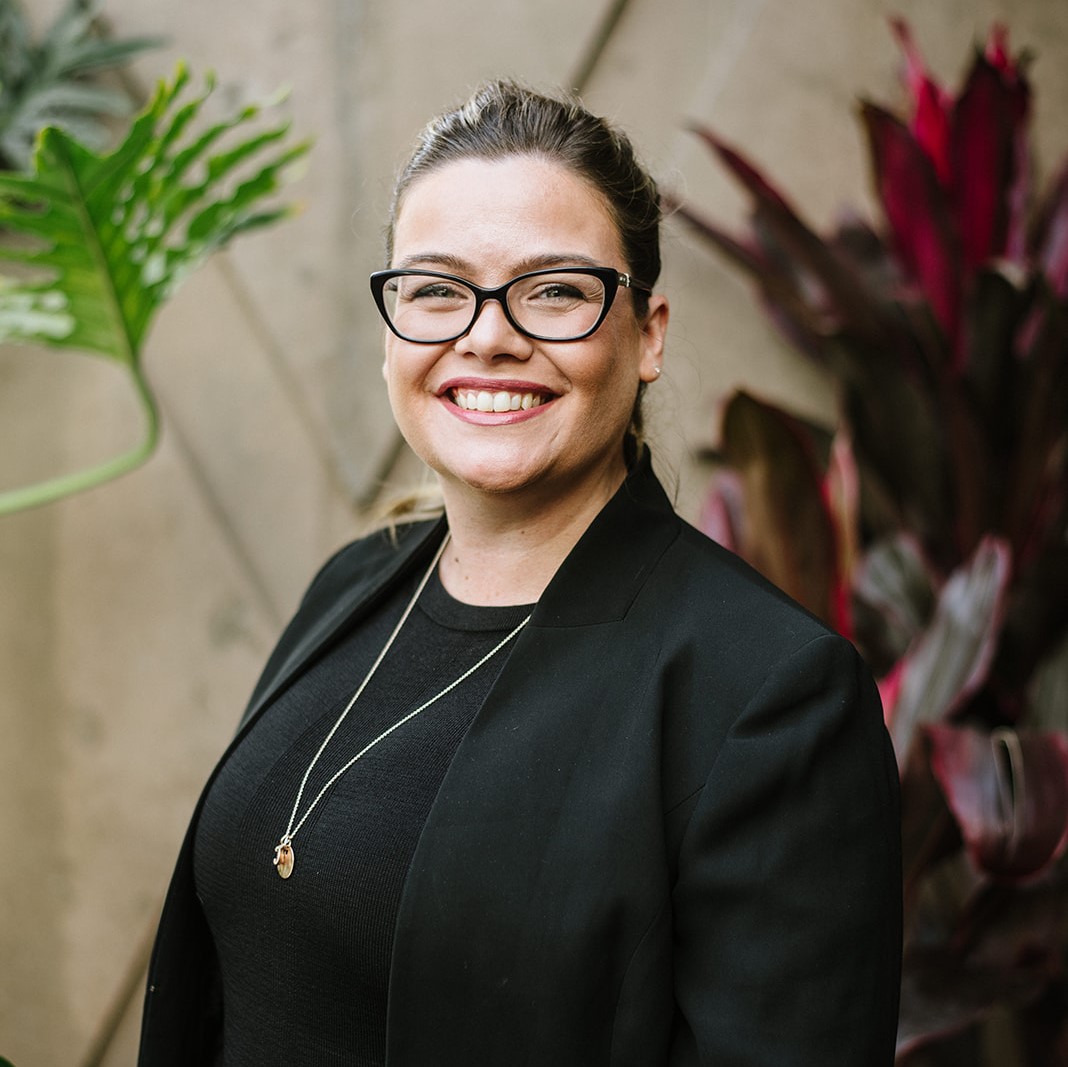 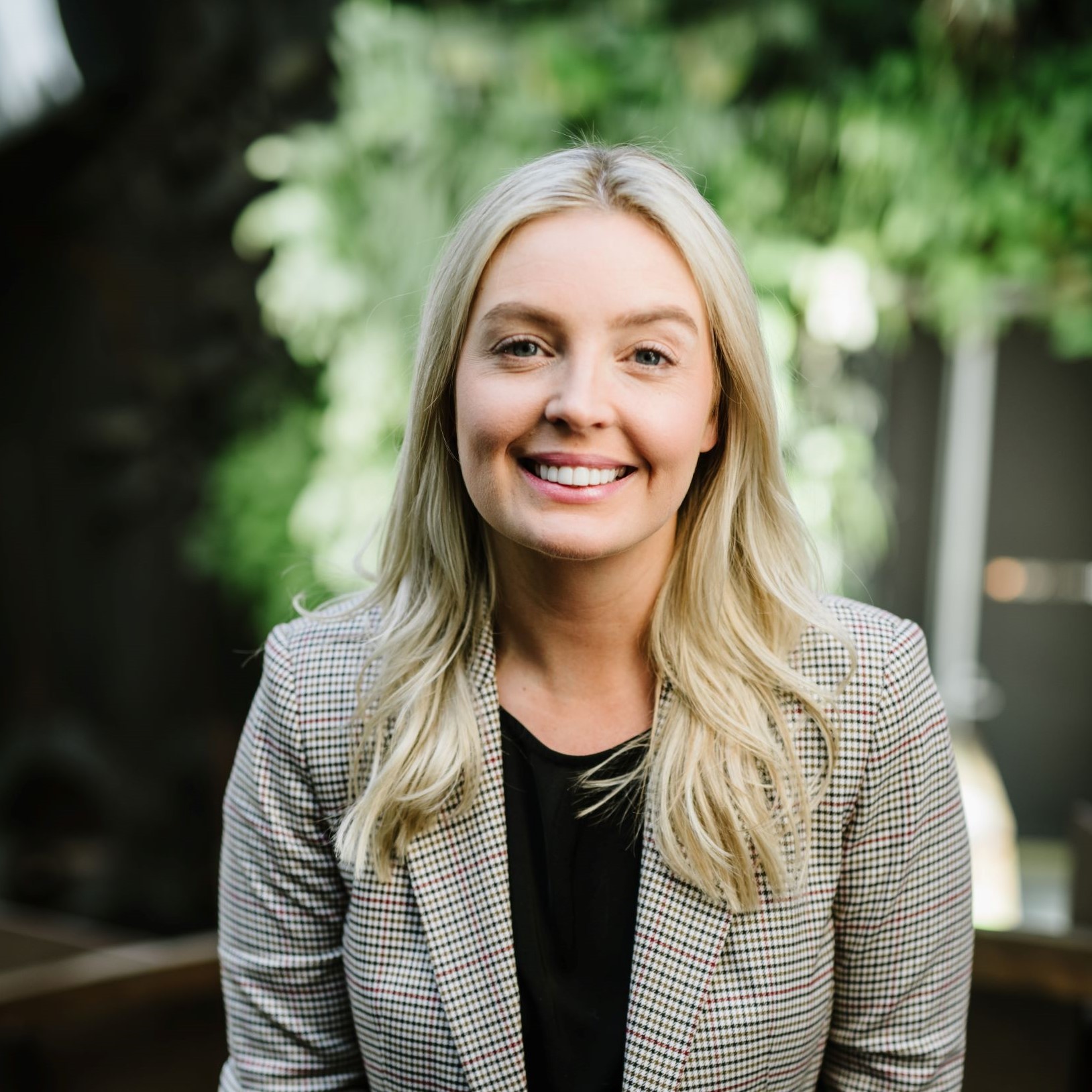 Sarah BerkmanCommittee Member
Sarah is an Associate at Norton Rose Fulbright. She practices in the area of injury and property liability, with a keen specialisation in the security, hotel and equine sectors. Sarah acts for a range of major Australian and international insurers and brokers, as well as advising numerous public and private corporations including mining companies, airlines, energy and petroleum providers, transport companies and general aircraft operators with respect to risk management and insurance advice. Sarah’s experience extends to all areas of commercial litigation and dispute resolution in insurance, aviation law and heavy motor vehicle. 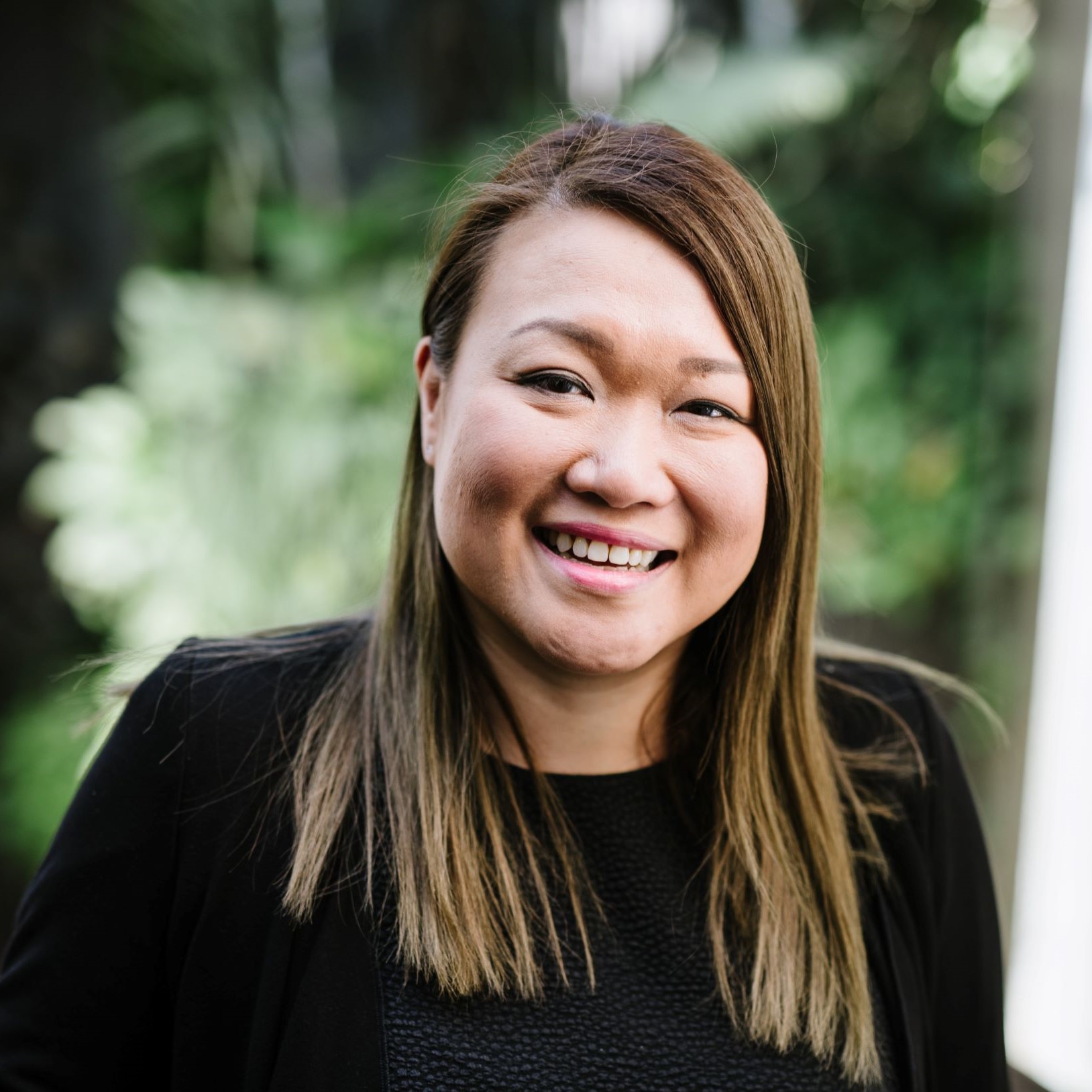 Georgina WongCommittee Member
Georgina is a Special Counsel at Colin Biggers & Paisley Lawyers. She has over 15 years’ experience in workers’ compensation and insurance litigation. Georgina acts for workers’ compensation self-insurers and has been the preferred WorkCover Queensland panel provider for many state and national employers across a broad variety of industries. She is listed in the 2018 edition of Doyle’s Guide as a leading Workers’ Compensation and WorkCover Lawyer. Georgina also acts for insurers, national companies and organisations and the Qld government in respect of public liability, dust diseases and institutional child abuse claims. She is a litigation expert and has been involved in many successful cases before the Queensland Court of Appeal, Supreme and District Courts and the Queensland Industrial Relations Commission. 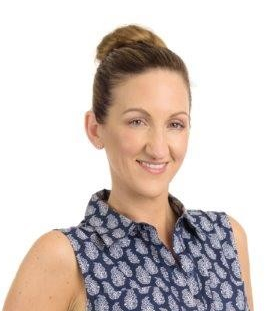 Audrey BaileyCommittee Member
Audrey is the Relationship & Development Manager for GT Insurance, Brisbane. With national and international positions held in broking and underwriting, she has expertise across all general insurance lines specialising in strategic marketing and placement. GT Insurance are specialists of transport and mobile plant insurance. Audrey’s current role is development of new business with broking partners, which expands to regional areas Toowoomba and the Sunshine Coast. Audrey is a former committee member of NIBA and former VP for Young Insurance Professionals (YIPS). Audrey joins the Women in Insurance committee in 2019 and is looking forward to becoming an advocate for women in general insurance.
Abbey StockleyCommittee Member
Abbey is a defendant insurance associate at Gilchrist Connell. She has experience across the public liability sphere including trip and falls, worker to worker injuries and abuse claims working for major insurers and underwriters. Abbey also has experience in CTP claims and manages a portfolio of property damage/recovery claims.
Abbey has been a Registered Nurse for 10 years and has a special interest in injury law drawing from her previous experience in the health sector. Abbey holds a Bachelor of Nursing, Bachelor of Laws, Graduate Diploma of Legal Practice and a Masters of Laws majoring in Commercial Litigation.